In my last newsletter I sent out a survey to gauge what my readers very favourite kinks were. To my surprise I found that I either had a whole bunch of shifter fans, or perhaps they were just the most vocal! Either way, my readers wanted shifters, and they wanted them to give it to the heroines rough, and damned if they wanted the shifters to take no for an answer! So, behold, The Pride MC: In Heat, wherein an Alpha Werelion will stop at nothing to claim his fated mate. 🙂

A few other authors in the paranormal erotica genre have some new releases too and we are happy to be hosting a raffle. Entry details below, CRAZY HUGE PRIZES! 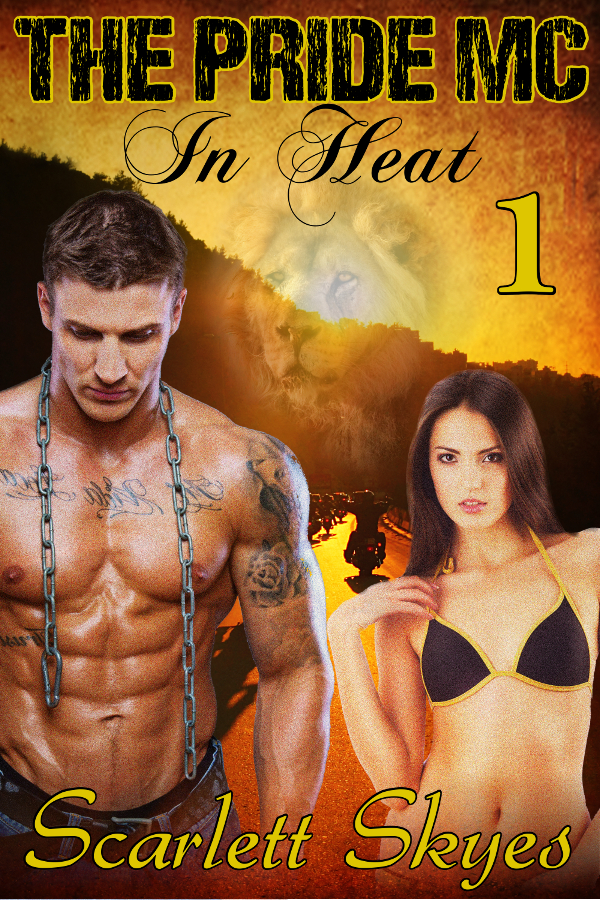 Shortly after the events depicted in ‘Bearly Legal', another young woman wakes up to find her whole world changed. She's always stayed on the straight and narrow, the man of her house is the Reverend John Stark after all, but now she's having dreams, strange sinful dreams about a tall, muscular, tattooed biker with long blonde hair. The kind of guy that her parents would never approve of in a million years.

Jayna can't get the thought of him out of her head, and is driven to find him at ‘Roar' the biker bar located just outside of the town limits, drawn to him like a moth to the flame. What Jayna can't possibly know is that she is entering her first mating cycle, she is in heat and her very presence is enough to drive any shifter wild with lust.

When a group of werewolves try to claim her for themselves, it seems her fate is sealed. That is, until the approaching thunder of The Pride Motorcycle Club interrupts. What happens when werewolves try to take an alpha werelion's fated mate?

28 thoughts on “New Release: The Pride MC: In Heat, Plus Giveaway!”